Many people think that a beautiful border in the (partial) shade is impossible. Even in a place with little sun, you can enjoy a lot of green and blooming flowers. We have listed a number of shadow lovers.

The camellia is a real eye-catcher in the spring garden. This evergreen shrub blooms from March to April with creamy-white flowers with a soft yellow center. Place the plant in a sheltered place, preferably against a wall. Young plants, in particular, can be sensitive to frost, so there is no harm in protecting them in winter with a layer of mulch (a layer of organic material that also contributes to an improved soil structure). Never sprinkle lime on this plant, it cannot tolerate that.
Flowering time: March-April

The amethyst blue flowers of the  Monkshood (Aconitum cammarum ‘Arendsii’)  grow in a striking pyramid shape and indeed resemble a monkshood. If necessary, trim faded stems after flowering to avoid sowing and promote flowering. The flowers can be used as cut flowers. Note: this plant is poisonous, so be careful with children.
Flowering time: July-August

The spirea forms beautiful prunes that certainly attract attention during the flowering period in June and July. It prefers to be in partial shade in a soil rich in humus.
Flowering time: June-July

A hydrangea with beautiful color schemes that you can enjoy every season. This farm hydrangea is colorful, easy to maintain and very popular. Pruning is not necessary, only cut off the spent flowers after the winter and before 1 March.
Flowering time: July-September

Ferns have beautiful green graceful leaves and do well in the shade. They come in all shapes and sizes, most varieties remain green all year round. Ferns offer a nice contrast due to the nice deviating leaf shapes.

A rhododendron with light pink buds from which beautiful striking white flowers emerge. Almost all rhododendrons require acidic and moist soil. Therefore, never sprinkle lime on this plant. In June, you can remove the spent flowers and apply a layer of mulch in the fall.
Flowering time: April-May

Yew belongs to the conifers, is evergreen and is a slow grower. It offers a wonderful sheltered place for birds. A lot of pruning is not necessary, but trim it occasionally to keep the shrub in shape. Note: this plant is poisonous, so be careful with children.
Evergreen shrub.

The Caucasian forget-me-not is used as a ground cover in this border. By planting ground covers you prevent the growth of weeds. The leaves of this plant have a beautiful recognizable heart shape and it blooms with light blue forget-me-not flowers.
Flowering time: April-May

This autumn anemone with its pink flowers provides color in the garden in the autumn. In addition, it also has a beautiful autumn coloring. In the spring, cut off the old plant remains and apply organic fertilizer.
Flowering time: September-October

Thanks to the quiet gray foliage, this plant provides peace in your garden. It blooms with white flowers with a yellow heart. The flowers are very similar to Edelweiss but have a different origin. In the spring you can remove the old flowers.
Flowering time: August-September

An incredibly versatile aster . He sprays a cloud of white flowers in late summer. It is a beautiful plant that attracts many insects in bloom. It grows as a ground cover and requires little maintenance. Give him some lime every year.
Flowering time: August-September

This plant is particularly beautiful during flowering in June. The white plumes are somewhat reminiscent of a goatee. Even when the panicles have finished flowering, they are still very beautiful to see.
Flowering time: June

Foxglove is a flowering plant with striking purple flowers that attract bees. The plant forms rosettes on the ground and stems more than a meter high with bunches of flowers. ‘Dalmatian purple’ usually flowers the first year.
Flowering time: July-August

Ornamental grasses add dynamism, light and rhythm to the shady border. There are many Carex – species in various colors and sizes, some species are even meters tall and blooms with beautiful silver plumes. Grasses also give a beautiful sillhouette in winter.
Flowering time: varies by species

The snake root can be recognized in its flowering period from June to September by the beautiful white calyxes. Even outside the growing period, with its green heart-shaped leaves, it gives color and shape to the shady border. The name is derived from its hollow roots that ‘crawl’ both above and below the ground. It likes to stand on acidic moist soil.
Flowering time: June-September

One of the most popular hostas . It has intense gray-blue leaves and flowers with white flowers. Protect the plant from snails, because they love it. You can cut off affected leaves in June. Make sure that a few leaves remain, otherwise the plant will be less full next year.
Flowering time: June-August

The Japanese maple is an eye-catcher in the shade border with its graceful shape and colorful leaves. In contrast to the European and American variant, this Japanese maple remains quite small. It is easy to care for and thrives on many different soils. It flowers in May and in the autumn you can enjoy the beautiful autumn coloring.
Flowering time: May-June

This evergreen plant blooms all winter long into April. All white flowers then bloom on the umbels. After flowering, blueberries appear on the plant that birds love. Pruning is not necessary, but you can cut it occasionally.
Flowering time: October-April

Euphorbia has brown-red stems and the green flowers have characteristic wine-red spots. It remains green in winter and is at its best between April and July.
Flowering time: April-July

The free- flowering pelargonium is a versatile plant that feels at home anywhere. Dusky Crug has attractive purple-bronze velvety leaves and beautiful pink flowers. It is ideal as a ground cover because it remains fairly low.
Flowering time: July-August

The Christmas rose blooms in the middle of winter and then creates elegant flowers in the garden. The flowers are white at first, but quickly change to a pink or greenish color. It is an evergreen perennial that has thick leaves.
Flowering time: February

This beautiful gray-blue plant is hardy and combines very well with the other plants in this border. The fine foliage is – as the name suggests – intense blue and the plant retains that color all year round. Blue sheep grass does not form shoots, like many other grasses, but spherical pollen. Plant them in groups or as a border frame.
Flowering time: May-July 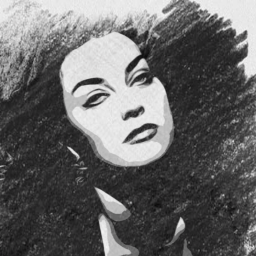